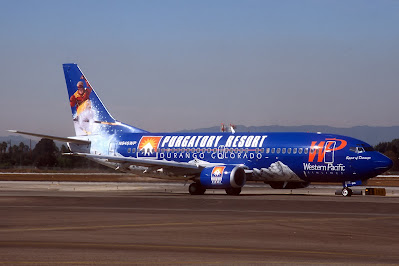 Delivered:
April 12, 1985 to CP Air as C-FCPG “Empress of Ontario” then later
Canadian Pacific Air Traces with the carriers title change in January
1986.

On
April 30, 1986, the plane discovered its technique to Brazilian service VASP as
PP-SNQ with whom she served till December 1992 when she was returned
to lessor Guinness Peat Aviation (GPA).

July
1, 1995 she was delivered to Western Pacific Airways and was
finally painted within the beautiful “Spirit of Durango / Puratory Resort”
particular livery.

Her
closing years of flying noticed her land at Southwest Airways on June 1,
1998 as N661SW. She was retired in July 2012 and later scrapped.